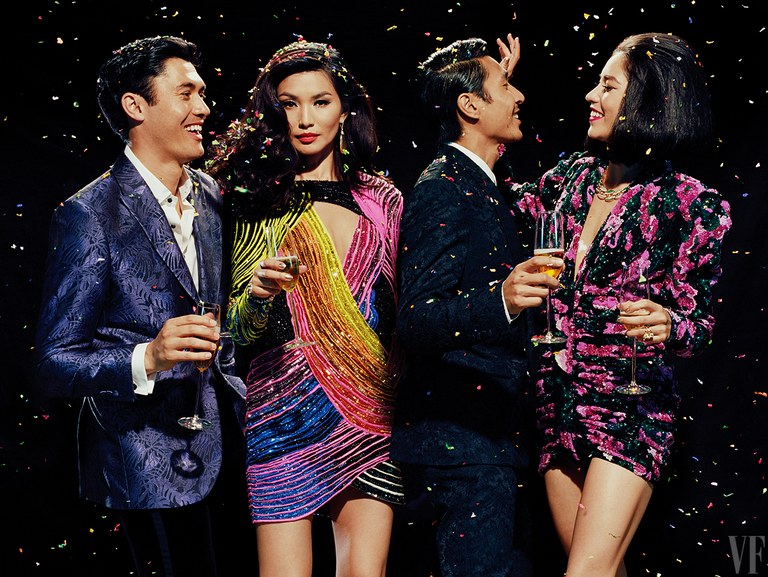 “Crazy Rich Asians” is a heart-warming rom-com that will have you laughing out of your seat, staring wide-eyed at the luxurious lifestyle of the Young family and booking airline tickets to Singapore.

The film’s protagonist, Rachel Chu, played by Constance Wu, and her boyfriend Nick Young, played by Henry Golding, go on a trip to Singapore to meet Nick’s family.

When Nick introduces Rachel, his family gossips about her, whispering that she’s a gold digger. During the trip, Rachel struggles with his family’s snobbery and condescendent attitudes. Nick’s mother is strongly opposed to him dating Rachel, thinking she is not good enough for her son because she is neither wealthy nor Singaporean.

The movie explores themes of family, tradition and status. Nick’s family and friends look down on her because of her social status and profession as a economics professor. In most wealthy families, it’s a tradition that the eldest male inherit the family fortune. Nick must choose between his duty to take over as CEO of the family business and his love for his girlfriend. In one scene, Rachel and Nick are making dumplings with his family. Nick’s mother, Eleanor, explains the importance of tradition. “If simple traditions don’t get passed down, they will get lost,” She implies that her son should marry a Singaporean woman of the same social status.

“Crazy Rich Asians” features the first all-Asian cast in a major Western movie since “Joy Luck Club.” It challenges traditional representations of Asians in Hollywood and breaks the mold of white-dominated Hollywood movies. Representation in Hollywood is important because it gives people a voice. The male actors are masculine and hunky, not the quiet nerdy caricature. Eleanor, the Young family matriarch, and Rachel, who fights for Nick’s family’s approval and refuses to back down, represent strong Asian women.

The cinematography will make your jaw drop, from shots of the Young family’s secluded jungle mansion to more urban shots like the Newton Food Centre, Changi Airport and the Marina Bay Sands.

The soundtrack to the movie is a unique mix of cultures. Katherine Ho, a Taiwanese-Canadian pop singer who competed on The Voice, sings a beautiful, Chinese rendition of Coldplay’s “Yellow” While Sally Yeh, Taiwanese-Canadian pop singer, sings “Material Girl.” It also features jazzy songs like: Wo Yao Ni De Ai, translating to “I Want Your Love -I Want You to Be My Baby” and pop songs like “Glorious” by Mackelmore featuring Skylar Grey.

This movie sports a famous supporting cast by Ken Jeong, Harry Shum Jr., Akwafina and Michelle Yeoh. This is a great family movie but is recommended for children ages 12 and older.