The Oak Leaf • May 1, 2018 • https://www.theoakleafnews.com/arts-entertainment/2018/05/01/avengers-infinity-war-perfects-the-modern-blockbuster/ 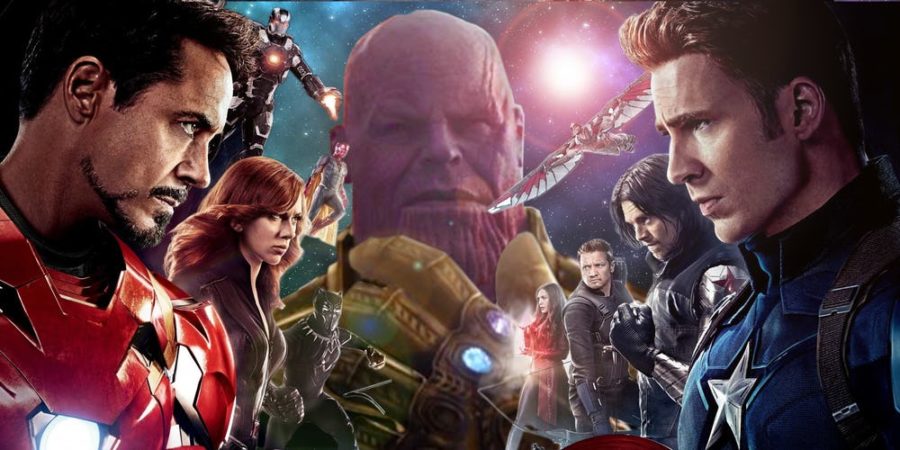 "Infinity War" takes the expected superhero arc and shatters it into an emotional and unexpected crescendo.

This film had the guts to do what so many blockbusters failed at before, aside from films like Christopher Nolan’s Batman Trilogy. This film tells a strong story with real stakes, elicits emotion and has the ability to captivate a room of full of people who could, for two hours, connect.

Seeing this film on opening night made the experience with gasps and claps remind viewers  there’s something special about sitting with people and taking in, visually and audibly, the work of the whole crew in pre- and post-production.

“Infinity War” weaves together several realities, styles and norms into one. Equal parts comedy, sci-fi, fantasy, drama and action, there is something for everyone. Powerful female characters, inclusion of people from all races and so on.

Hollywood has long had a predictable low risk and high return formula. “Infinity War” takes these conventions and uses it’s familiarity as a weapon, taking the audience on an unpredictable ride. This film and the recent “Black Panther” show that change is good.

Previously, the heavily overpowered characters made for predictable results. The protagonists were too powerful to do anything but win. This makes the audience relax and disengage, as there is no need to care because the end is predetermined.

This was somewhat broken in “Captain America: Civil War” when Captain America and Ironman went head to head. There were a few seconds where there was a sense of real danger. Conflict without stakes is like a backyard ping pong game—people care, but not that much. More importantly, “Civil War” was not anywhere near the same as “Infinity War.” The only other film with Marvel Cinematic Universe’s characters that had comparable real stakes was 20th Century Fox’s “Logan.”

“Infinity War” is a magnum opus that sets 19 films and 10 years to an impressive finish, from “Iron Man” to now. Marvel went on to create something never seen before, a cinematic universe across many characters and eras.

In a Marvel Cinematic Universe featurette Kevin Feige, the “Infinity War” producer and president of Marvel Studios, said the film is, “An unprecedented culmination of a series of films interlinked together which—at the time—had never been done before.”

How was the pattern of overpowered heroes fighting and unsurprisingly beating a villain broken to create something fresh? Make the super powerful heroes fight each other.

“Well, tear them apart. And that’s why we did “Civil War” before “Infinity War,”” Feige said.  “Civil War” had Iron Man going against Captain America. “That was a set up.” he added “The world was vulnerable” said Christopher Markus, one of the writers.

While most films are limited to two or three hours, the MCU has surpassed that by having ten years of films and character development. More importantly, ten years of die hard fans who’ve watched all 19 films, and  know and love all 28 superheros. This frees up time that would otherwise be used for exposition.

Instead, this time was used to develop Thanos, the film’s antagonist. In “Infinity War,” the Avengers face their biggest and best-developed antagonist yet.

Thanos is developed into a fully rounded character, with flashbacks that helped the audience understand his motivation. This gave him a central role, as the other characters had been developed in the past films.

Comics were once for children and weird adults, but now they’ve taken Hollywood by storm. “Avengers: Infinity War” has so far grossed $641 million, with critics and a loyal fan base eagerly awaiting the next films.

Although some may dismiss superhero films as silly children’s films, I would challenge those people to see “Infinity War,” “Civil War,” “Black Panther” and ”Logan” and not feel the humanity. The most fantastic fiction still has its heart in what is truly human: emotion.