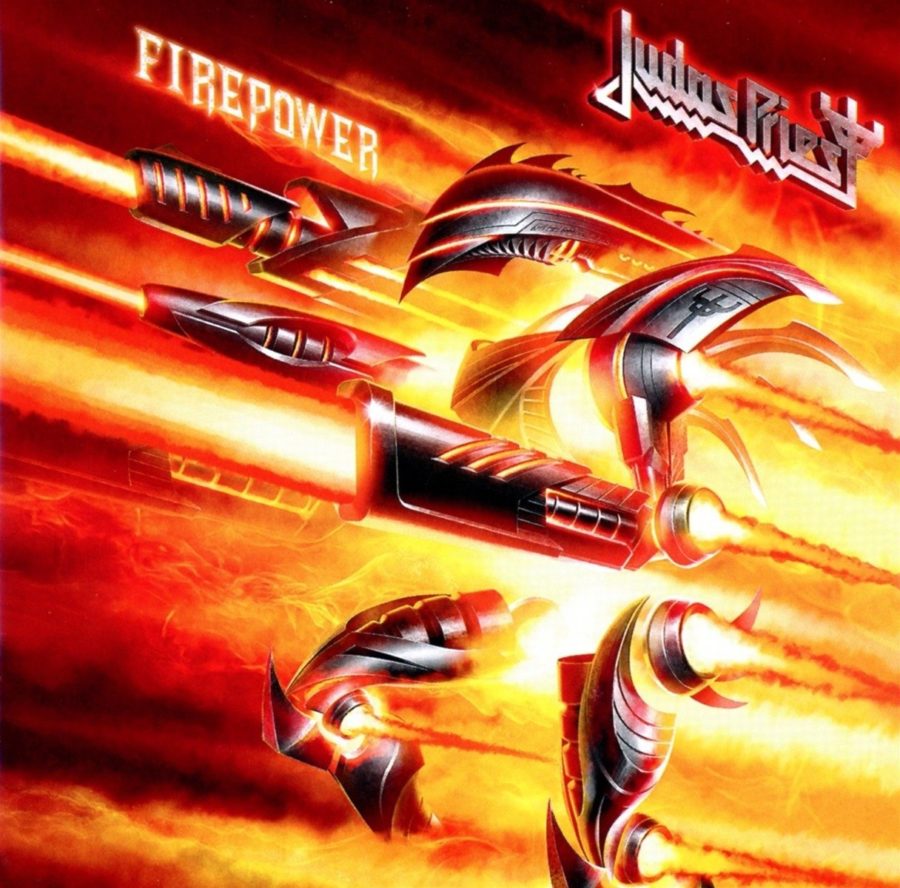 In their 2018 release, “Firepower,” their first album release since 2014’s “Redeemer of Souls,” heavy metal legends Judas Priest relive the glory of their early days.They prove their relevance and dominance in the metal scene for years to come.

“Firepower” is the group’s highest charting album ever, reaching No. 5 on the Billboard 200, beating out “Redeemer of Souls’” from sixth place.

While other bands of their vintage struggle to break into the the 2010s, Judas Priest cuts through new-age bands with a classic, heavy feel.

Judas Priest’s sound has a characteristic speed to it, with most tracks featuring a blistering guitar riff and high energy drums. They capitalize on their classic sound while adding an edgy, evil element to it. Themes of devilry and lyrics about unrelenting villainy give the record an eerie, fearful ambiance.

Dark themes are common in death and black metal today, but Priest’s lyrics have different weight. Rob Halford delivers with a confidence and skillful clarity that is uncommon in modern metal’s emphasis on harsher vocals.

Halford stands out on “Never the Hero” with a soaring chorus and anthem-worthy lyrics, interrupting the harshness of the album with an epic track about an anti-hero’s glory.

Songs like “Flamethrower” and “Firepower” build up speed that keeps listeners on the edge of their seats.

Many tracks have a chorus and a pre-chorus, giving the record an unpredictable feeling, almost as if the listener isn’t sure what will happen next. Well known for their songwriting prowess, Priest flexes their strengths to full effect in heavy tracks like “Evil Never Dies” and “Necromancer”. These tracks jump from guitar solo to chorus to high-tempo shredding quick enough to give you motion sickness, in the best way.

Firepower is more than just a testament to Judas Priest’s strengths; it is a group of living legends expanding on a genre that they themselves created, pushing it forward in a powerful way. Judas Priest refuses to fall into obscurity, choosing instead to once again lead the charge.