Godzilla: Planet of the Monsters 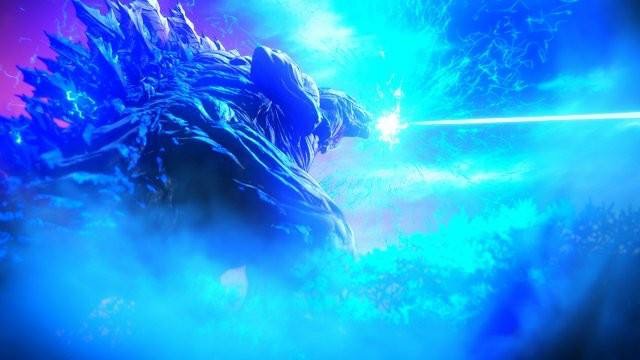 The King of Kaiju is back with a new, animated movie that is the first part of a trilogy, released Jan. 21, 2018 on Netflix.

With humanity long gone from earth, Godzilla: King of Monsters was left alone for 10,000 years as earth continued to evolve. Humanity was forced to look for a new planet to call home. With supplies running low from their 20-year trip, no other options at hand and new plans on how to kill godzilla, humanity makes the decision to return home.

The King of Kaiju is back with a new, animated movie that is the first part of a trilogy, released  Jan. 21 on Netflix.

This is a love letter to fans and to the source material with cameos of other Kaiju. It may be confusing for people unfamiliar with the source material. The problem is the amount of time spent on character development and setting up the next film in the series

In the opening minutes, the film explains how humanity dealt with kaiju attacks. This should have been the first part of the series. Instead they briefly touch on humanity in space with two other humanoid alien species. With little time to understand the problem of humanity’s 20-year exodus, it’s hard to see why they need to return.

It shows how the older population – who would remember Earth – would be frustrated by living in small spaces yet not uncomfortable inside a spaceship. Even when traveling to a new planet in search of sustaining life.

The amount of information the film delivers is ridiculous, from four kaiju attacks on major cities to the destruction of part of the U.S. by nuclear weapons used on Godzilla. There’s also a small glimpse of Mechagodzilla and two humanoid species that come from a planet that was destroyed.

The film chooses to spotlight only two or three characters for a few minutes, failing to provide any emotional attachment to the repercussions of attacking Godzilla.

Godzilla is not used simply as a character, but more so a force of nature that humanity must fight against to survive, not unlike a raging wildfire. The last encounter with Godzilla displays the character’s powerful desire to stay on earth.

If you like kaijus, Godzilla and enjoyed “Pacific Rim,” then this is an easy watch. However, for the common viewer, it may be difficult to believe some of the science fiction in the film.

Going to spoiler territory, the best part of the film would be the last few minutes. The main cast are finally able to destroy Godzilla; only to have their celebration cut short by the original Godzilla, who has now grown to a height of 300 meters, attacking them without any chance of survival.