The Little Mermaid: production offers something for all 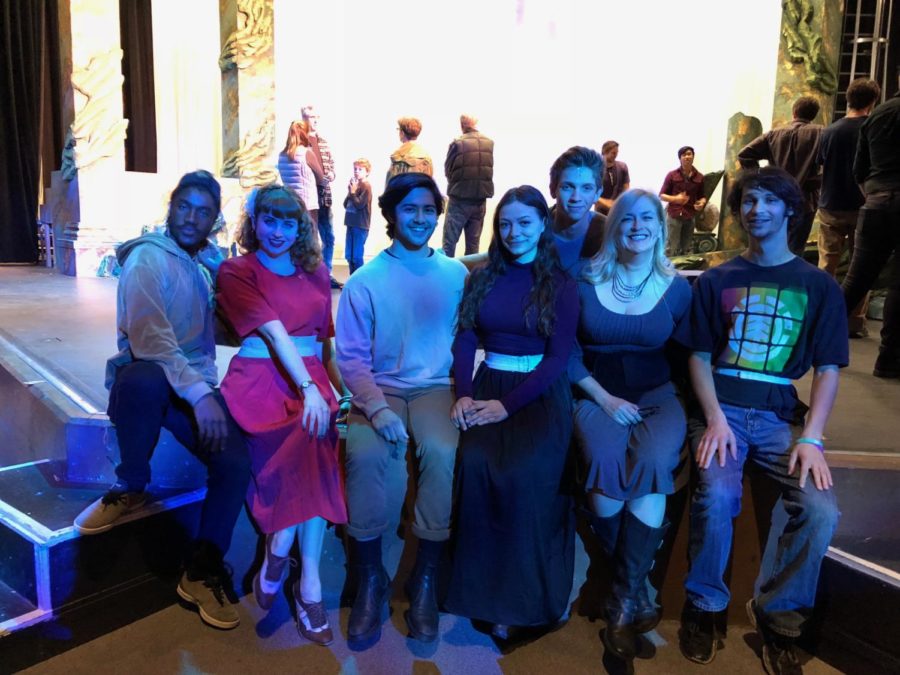 A sparkling palace set receives finishing touches on the Maria Carrillo High School stage this week, complete with gilded accents and an enthusiastic cast milling about. It’s the rehearsal for “The Little Mermaid,” an upcoming play produced by the Santa Rosa Junior College Theater Arts Department.

“It’s touching the heart of every parent and every child. It’s just the dynamics of growing up. That’s the central theme,” Bertsch said.

Bertsch had always wanted to go out for a play, and the Disney movie was a staple in his house when his children were young.

“The first time I sang the song ‘If Only She Could Stay’ I totally started crying because I have three daughters who have all grown up and left the house,” Bertsch said.

The story of “The Little Mermaid” is just as powerful for Ellie Condello, 17, an SRJC student and Analy High School senior, who plays Ariel.

“I’m super excited about my first line, ‘This is where I belong,’” Condello said. “It’s the first thing I say in the whole show and that’s resonated with me because I think people get insecure with who they are and what they’re doing. I’m acting with college people and I’m in high school. But this is where I belong, making art.”

“I’m also overwhelmed with the degree of talent that this program attracts,” Brown said. “It’s a unique opportunity to bring this to Sonoma county now at a time when we really need a distraction to lift our spirits. It’s really heartwarming.”

Armand Beikzadeh, who plays Prince Eric, describes the show as accessible for every type of audience, having a little something for everyone.

“It’s true it’s Disney and it will attract younger people, but I don’t want only younger people to come,” said Jordan Diomonde, 19, who plays Sebastian.

“I want everyone to come and enjoy it because we have spent so much time working on something so beautiful that everyone should have the chance to see it,” Diomonde said.

For those not familiar with the Disney version of “The Little Mermaid,” expect this play to be like the Broadway version, based closely on the original Hans Christian Andersen fairytale.

“It’s similar to the animation with some famous songs like ‘Under the Sea,’ ‘Kiss the Girl,’ and ‘Part of Your World,’” said director John Shillington. “A lot of these characters are bigger than life, but it doesn’t try to compete with the animation. My challenge is floating between two different worlds, the palace and underwater.”

Shillington, along with Set Director Peter Crompton and Technical Director Ari Poppers, have met this challenge with flare. The set transports the audience to an Art Nouveau dreamscape in deep blues and gold. It’s a mobile array of neoclassical pillars and underwater rock formations.

“Get your tickets early because this is a smaller venue than usual,” Shillington said, referring to the remodeling of the Burbank Auditorium at the JC which  required that the production be hosted elsewhere. The show is at Maria Carrillo High School Theater, 6975 Montecito Boulevard in Santa Rosa. Parking is free.

Because it is a full-length production, it is recommended for audiences age 6 and up.

The show dates are:

For tickets, call 707-527-4307 or visit the box office at Plover Hall. Students with a Bear Cub Card can attend for free.