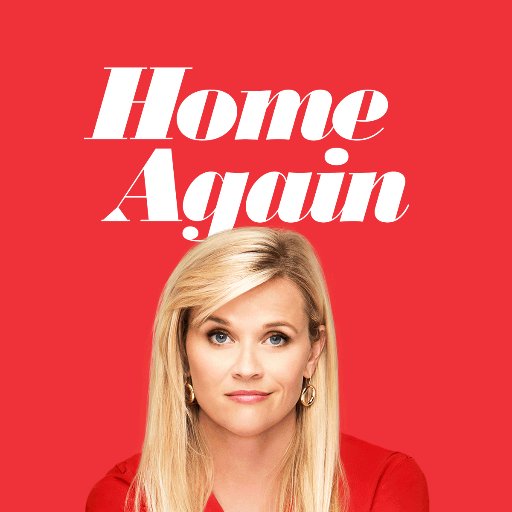 By 40 everyone has their life figured out, except for Alice Kinney. Although she is Home Again, it seems like everything is bursting at the seams; her life, her marriage and even her plush throw pillows.

Home Again is a witty comedy that explains what happens when you start your life at a time when you should be living it.

Reese Witherspoon plays Alice Kinney, an interior designer and single mother who moves to Los Angeles to pursue her career after leaving her husband. Although she seeks a fresh start, she plunges herself back into the familiar when she moves back into her childhood home, unaware of the surprises awaiting her debut.

She quickly meets three young filmmakers attempting to make it big, much like Alice’s father, and she soon takes them under her roof as they explore Hollywood and family together. One of the three friends, Harry, falls for Alice and throughout the film they discover the triumph and trials of a 14-year age difference.

Being a single mom is difficult, but Home Again is every mother’s dream. Having a babysitter, cook and maid are almost laughable to most moms, but Alice manages to get all that, and a young, adorable boyfriend—all for FREE.

Home Again embodies the feelings of returning home: the nostalgia of home cooked meals, the melancholic memories of growing up and the wisdom that comes with time and age (and fine wine).

As if the feelings of nostalgia weren’t enough, the light soaked cut scenes and beautiful locations accentuate the films elegant yet humorous features. The refreshing plot reminds the audience that rom-com’s don’t solely belong to lost twenty-something’s, but that they can steal the hearts of everyone through the importance of family, age, parenthood, and love.

And these themes are present through the broad range of characters: anywhere from 40-year-old Alice to 26-year-old Harry, to even her 13-year-old daughter, each character is relatable to an audience of any age. However, the crowning theme of age is timelessly woven through the course of the film as Alice struggles to find a balance between new experiences and old memories.

All in all, this film deserves some recognition for breaking the traditional rules of most romantic comedies. Anything that has ever been composed in a traditional rom-com, and everything that never was, were all compiled into this movie. It’s a film that appeals to our specific era, yet remains timeless.

I think we can all relate to Alice Kinney. We all have had moments of weakness glorified over past mistakes and we’ve learned to triumph in the face of it all. Most importantly, I feel we all can look up to women like Alice Kinney. She’s a 40-year-old single mom, a recent divorcee, struggling entrepreneur and a stubbornly persistent and self-assured woman; we can all use someone like her in life.

And in the final scene this stands true; after all of the ruckus and situations they found themselves in, Alice and her new friends prove that family can be what you make it; even if they include quirky 20-something’s.

At the end, maybe she didn’t have a “Happy Ever After” with the guy of her dreams, but she gained what she always wanted: the happiness in independence, freedom, and family; life lessons that will forever be instilled into the hearts of a captivated audience.