The ROSE-ilience of a devastated community 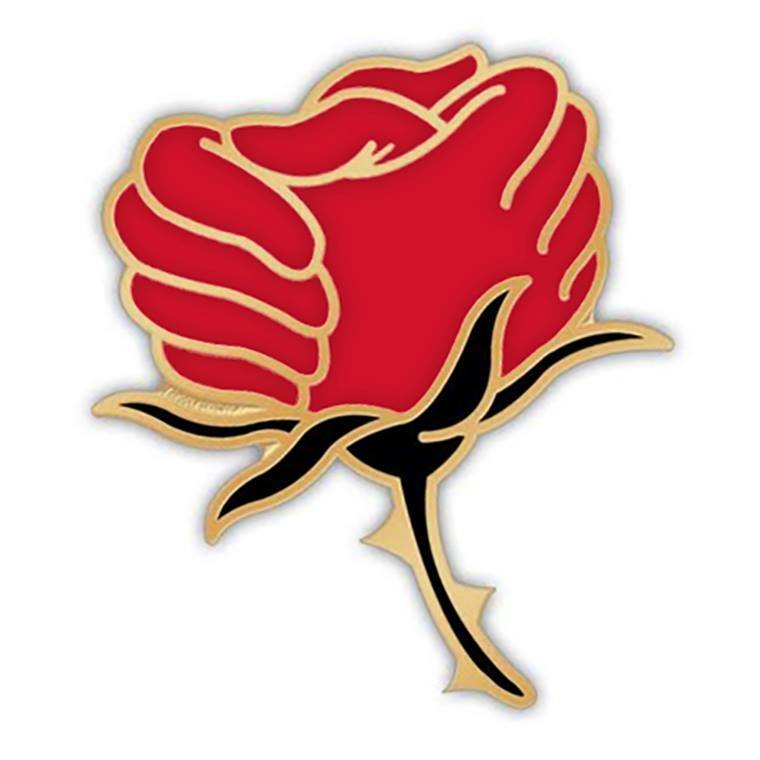 Mikayla Butchart was tired of living in New York City. She wanted a quieter life, one where she could have more space and “refill her creative well.” After spending 15 years in the Big Apple, where she earned her Master of Fine Arts in illustration at the School of Visual Arts, she had an urge to return home two months ago.

After the wildfires burned a path of cataclysmic destruction through her hometown, Butchart knew she needed to do something to help. “I felt so helpless all week,” she said. “After hearing all the volunteer shelters were overstaffed and financial donations were preferred, I felt like I had no way of lending my support beyond my immediate family.”

That’s when the artist put her skills to work.

“I experimented with different rose imagery. I wanted to capture the compassion and collective support this community has been showing in the wake of this disaster,” Butchart said.

She spent three days sketching page after page of roses and clasped hands, nixing anything that looked too much like a businessy handshake or praying hands until the image felt right. The end result was a poignant image of two hands, joined in an embrace, resembling rose petals. The image would become the ROSE-ilience enamel pin, offered at $15 each, with 100 percent of the proceeds going directly to wildfire victims.

The response was overwhelming.

“My first inquiry to the manufacturer was a quote for 100 units; I was not expecting the pin to go viral and generate this level of response,” Butchart said.

The pins have been shared more than 1,800 times on Facebook and have generated more than $20,000 that Butchart is donating to the City of Santa Rosa’s official relief fund, Redwood Credit Union North Bay Relief Fund and Redwood Empire Food Bank.

“I’ve been overwhelmed with messages from people in our community saying the image brought them to tears,” Butchart said.

The ongoing battle for the community will prove to be one of healing and rebuilding. For Butchart and her art, the struggle will be a legal one. “I think the ongoing battle will be ensuring that the ROSE-ilience image I designed remains in my hands and doesn’t get reproduced for profit elsewhere,” she said.

Butchart has received hundreds of requests to license the pin image for T-shirts and other merchandise. She has declined them across the board, even though everyone who has inquired has been hoping to help contribute to the fund-raising efforts.

“I copyrighted the image as part of my normal routine before I published it,” Butchart said. “Nav igat ing licensing agreements and ensuring all the funds are for charity at this volume is more than I can handle right now. Keeping it under tight control will help me ensure it’s not infringed on for profit elsewhere, and that the proceeds it generates will be diverted back to our community.”

Butchart is working on making T-shirts and other printed items in response to the enormous demand. “The ROSE-ilience fundraiser has taken over my life for the moment. My family has to remind me to eat and sleep, but I am so happy to be giving my undivided attention to this task,” she said.

Like the entire Santa Rosa community, Butchart’s passion and drive are the crucial seeds necessary for the city to return in full bloom. “It’s fitting that our town is named for a beautiful, tenacious perennial plant,” she said. “Roses grow back every year.”

ROSE-ilience pins can be purchased here: