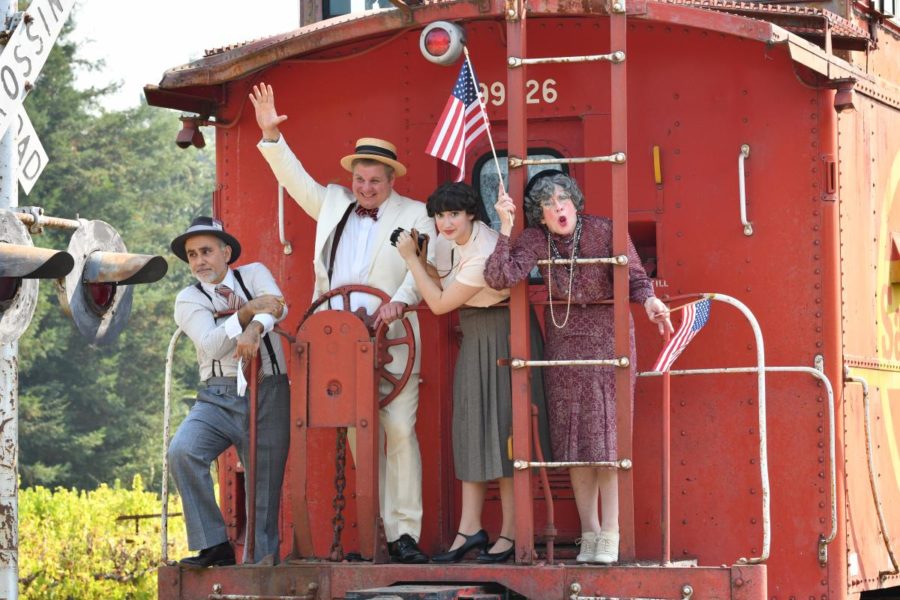 When democracy fails and fascism wins, freedoms are sacrificed by some, yet others bravely fight the fall with dark political satire. This colorful play intends to wake people up to fascism in the U.S..

A fictional play, based on true experiences of Huey Long’s run against Franklin Delano Roosevelt in the presidential election of 1932.

“The play is a warning,” Michael Arbittor, who plays multiple roles including a villain Effingham Swan said, “That no system of government is safe from the evils of fascism, except the ones that are actively guarded against it.”

McCauley says the play is about questions, like “What is it in the American consciousness that makes people make choices that don’t support democracy?” “How do we protect democracy?” and “what happens to a family when a family is divided politically?”

Stage Director, Coleton Wilson said, “What I see as the main theme of the play is that democracy is fragile”

There are many similarities between political issues of now and then. “It is so relevant and on the nose that I really think a lot of people are going to have a hard time believing that the source material was written over 80 years ago,” said cast member Ryan Sayler.

Stage Director, Coleton Wilson said, “What I see as the main theme of the play is that democracy is fragile”

There are 15 cast members, most of which will take on multiple roles. “We are all keen to bring an entertaining and thought provoking show to the community,” Arbittor said.

The play has some dark, tragic and terrifying tones, there will be explicit content, including violence and non-sexualized nudity and is recommended for ages 14 and up.

But  Wilson Says the play “is actually hopeful, motivating, and powerful. It even has funny, lighthearted, and heartfelt moments.”

There is an original song titled “Miss America” intended to be a metaphor to fascism, performed at the start of the show by Teresa Tudury, a well known local musician.

“It Can’t Happen Here” will be held in Newman Auditorium and runs Oct. 6th -15th