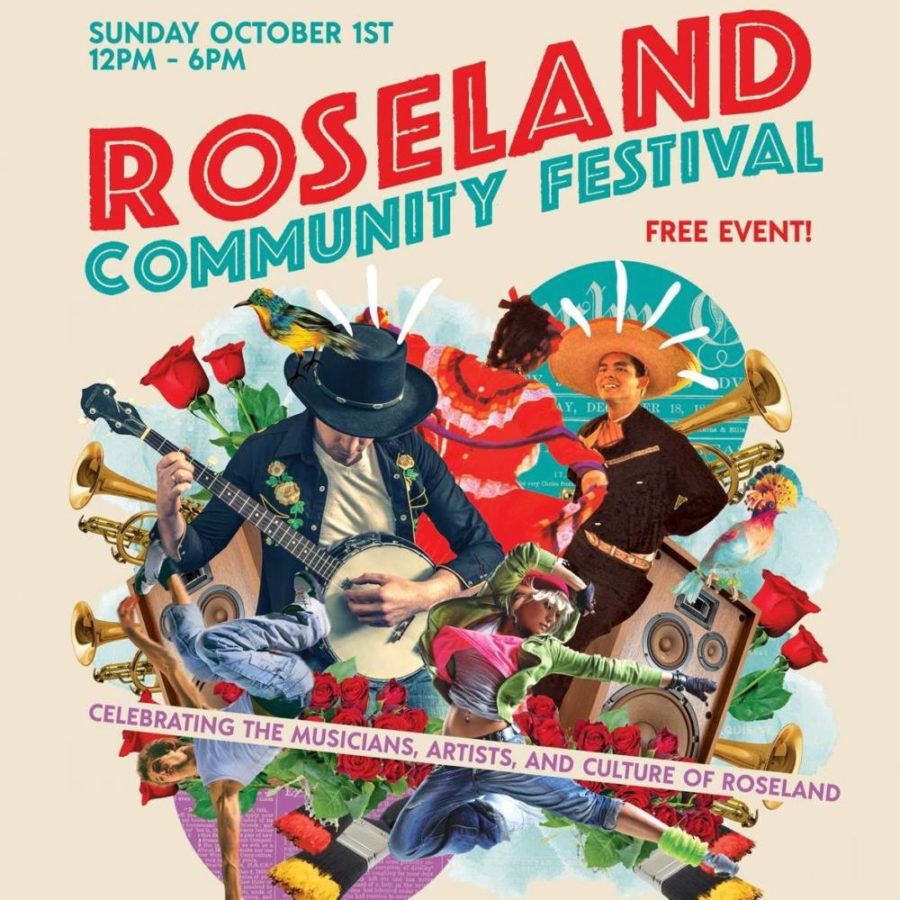 The first annual Roseland Community Festival plans to showcase the neighborhood with a hybrid of art and culture.

A city isn’t complete without the unique flavor and vibrant community provided by the presence of a Latino neighborhood.

In Oakland, it’s Fruitvale. In San Francisco, it’s the Mission District. In Santa Rosa, it’s Roseland. The first annual Roseland Community Festival set for Oct. 1 plans to serve up a taste of the diverse palette that is Roseland.

Anyone who’s driven on Sebastopol Road is aware of the culture that defines the area, something easily sniffed out by the assortment of authentic cuisine in the region, thanks to hot spots like El Roy’s and La Fondita.

Jake Ward, 29, creator and co-organizer of the Roseland Community Festival is aiming to re-shape the preconceived stereotypes associated with the neighborhood, “Sebastopol Road is this anomaly in all of Sonoma County where you have this strip of all these little family-owned restaurants,” Ward said. “You’re getting specific types of food from different regions and countries.”

People who live, work and create art in Roseland are as diverse as the food, which is the main reason Ward set out to spotlight the community.

“Sonoma County has a reputation as this place with a lot of great artists, music and there’s this great scene here, but Roseland isn’t really a part of that conversation because of this invisible cultural divide,” Ward said.

Ward, an artist and event promoter based out of Roseland, made a name for himself curating events across the county for the past 10 years. He was recently featured in the Press Democrat’s “30 inspiring individuals 30 and under from Sonoma County 2017.”

Ward’s idea became one of 20 applications received for the “Pop Up Creativity” grant offered through Creative Sonoma. The application was one of nine to receive seed money for the project.

“Our peer review panel really liked the idea of a cross cultural event,” said Kristen Madsen, director of the Creative Sonoma initiative. “The goal is to give people a little bit of money to do something, however wonderful and whimsical, to help enliven a micro community.”

Creative Sonoma started in June 2014, with Madsen serving as creative director since April 2015. Creative Sonoma is an early adopter of the “Pop Up Grant” opportunity.

“We want to help the creative community do what they do better, giving them access to skills training and professional development for those who want to make a living with their art,” Madsen said.

Ward enlisted Oaxacan transplant Neil Pacheco to help bridge the gap between the two cultures. Pacheco serves as the festival co-organizer and helps with skills trainings and professional development.

“We always joke that I handle the anglo side and Neil handles the Latino side,” Ward said.

Pacheco teaches hospitality and food safety for the Sonoma County Office of Education hosted at the Southwest Santa Rosa Center. He jumped at the chance to create an event in the Roseland area.

“I’m the type of person who is a natural activator,” Pacheco said. “We want it be a unique event that we can do every year for future generations.”

The festival will feature Roseland area businesses and restaurants, due largely in part to Pacheco’s business contacts and relationships he has cultivated in the neighborhood.

“We haven’t had anyone say ‘no’. The community has been really supportive to the event,” he said.

Pacheco eyes the Roseland Festival as a unique opportunity to showcase a neighborhood on the verge of being annexed into Santa Rosa.

“The Cinco De Mayo festival focuses on the Latino community and the farmers market in Santa Rosa focuses on the anglo community, so the Roseland Community Festival will be a good stepping stone to blend the two cultures,” Pacheco said.

Black Sheep Brass Band, Oddjob Ensemble and Easy Leaves have signed on to perform. Ward made it a point to include bands that “aren’t considered Latino” because the event is “intentionally cross-cultural.” Ward and Pacheco are designing the entertainment to bring all ethnicities together, something Roseland has in spades.

“Roseland runs really deep,” Ward said. “It’s more than just one road with a taco truck open late on it.”

The first annual Roseland Community Festival is free for all ages and will be held from noon-6 p.m. Oct. 1 at 779 Sebastopol Road, Santa Rosa, CA, 95407