Blood and Gore: March is horror month at the Roxy 14 Stadium 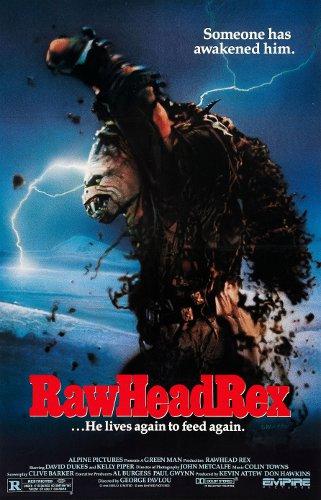 With a bag of popcorn, some snacks and a Coca-Cola, it feels like going back in time as the beginning credits start to show while a classic, creepy soundtrack begins.

Every other Thursday, the Roxy hosts a cult film series, showing a double feature for a student-friendly price of $10. This month is “March Monster Madness” and recommended for mature audiences for blood, guts and gore.

In the early 80s and 90s, the special effects were not as advanced and the acting could be a little awkward at times, but overall these films are enjoyable and are sure to make the audience laugh in between the tension and suspense. Although a bit cheesy compared to modern day horror or slasher films, these films are the “classics.” For adults who were teens in the 80s, it’s an exciting, nostalgic feeling.

Those who love cult films know they are filled with countless funny moments cemented in movie history.

According to the AMC Filmsite, a unique website with reviews and commentary on the best films in the country, “Cult films are usually strange, quirky, offbeat, eccentric, oddball, or surreal, with outrageous, weird, unique and cartoony characters or plots and garish sets. They are often considered controversial because they step outside standard narrative and technical conventions.”

The family-owned Roxy theater makes this series a special experience. Unlike seeing a new release, the Cult Film Series makes each film a special showing. With no starting previews, a program coordinator starts with an introduction and friendly conversation.

The audience members chimed in when the coordinator asked, “How many of you remember ‘Pumpkinhead’ or ‘Rawhead Rex?’” and, “Have any of you seen it in theaters?”

Most remember the films from their teenage days, but may not have seen it on the big screen. For the younger generations, this is what makes it such an interesting event.

These events invite those who love to reminice and those who have never experienced the classic days of the 80s films for this exciting horror series.

The Roxy Cult Horror Film Series runs every other Thursday through March 30, with a double feature starting at 7 p.m..