Records over digital media: Places to get vinyl near school 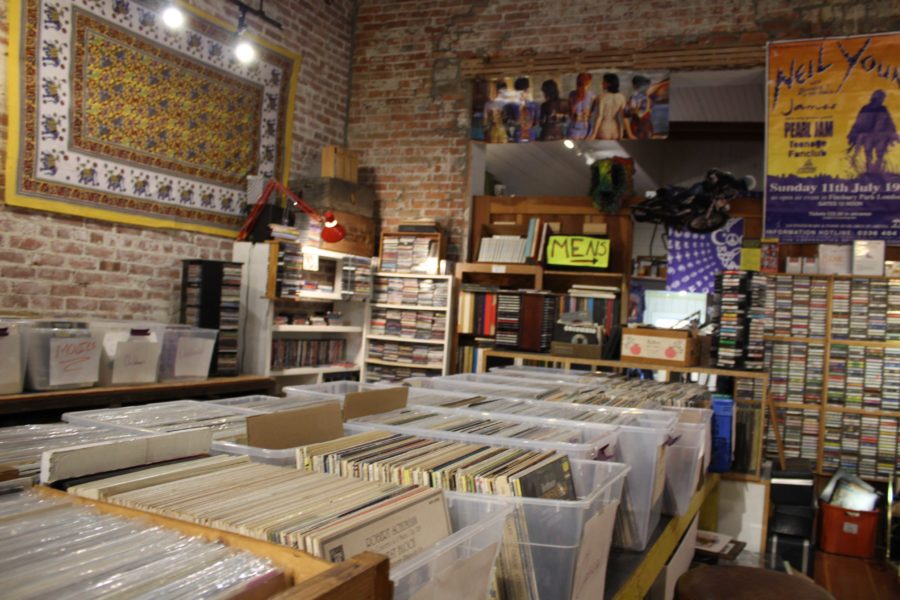 The Thrifty Hippy has vintage records for music aficionados with a taste for retro.

Vinyl records have been the primary medium of music concentration for what made up most of the 20th century. By the 1980s, digital media has gained popularity and vinyl left the mainstream market in 1991, making vinyl records harder to find.

Though slow at first, records have been making a comeback, growing by more than 50 percent to sell more than a million records in 2014 alone.

Students looking for vinyl can find great deals at two record stores located in close vicinity to both the Petaluma and Santa Rosa Junior College campuses.

The first record store was the last—The Last Record Store, that is, located right on Mendocino Avenue, next to the Santa Rosa campus.

Upon stepping through the door, all who enter are greeted immediately with rows upon rows of new and used records. A medley of colors splatter the concrete floors, and posters and records are pinned to the walls as you marvel around the plethora of musical options.

This is why you need an idea of what you’re looking for, unless you are the browsing type.

If that scares you, immediately off to the left is a treasure trove of records all offered for $1. It’s got everything from Joe Cocker to Quincy Jones to five-piece collections of swing music.

It’s not only music for retro junkies either; there’s a wide variety of modern music to choose from, ranging from $20-40.

It’s been called The Last Record Store since 1983 when there were plenty of record stores to frequent, but one by one they have started to dwindle.

The second store, located just under a mile away from the Petaluma campus, had a very different feel.

There’s music from classical to rock to pop, all very affordable. More popular music is displayed on the walls and are usually pricier, but if the mainstream isn’t what you’re looking for, shift your eyes to the crates containing the affordable ABBA and Liberace vinyl bestowed before you.

While browsing for your vinyl, you can also find equally affordable new apparel to dance in while you listen to your classic tunes.

In terms of more variety for your buck, The Thrifty Hippy trumps the Last Record Store for the record sampler accompanied by the unique display of vintage records.