Disco or funk for a treat: Students celebrate birthday with ‘Thriller’ dance 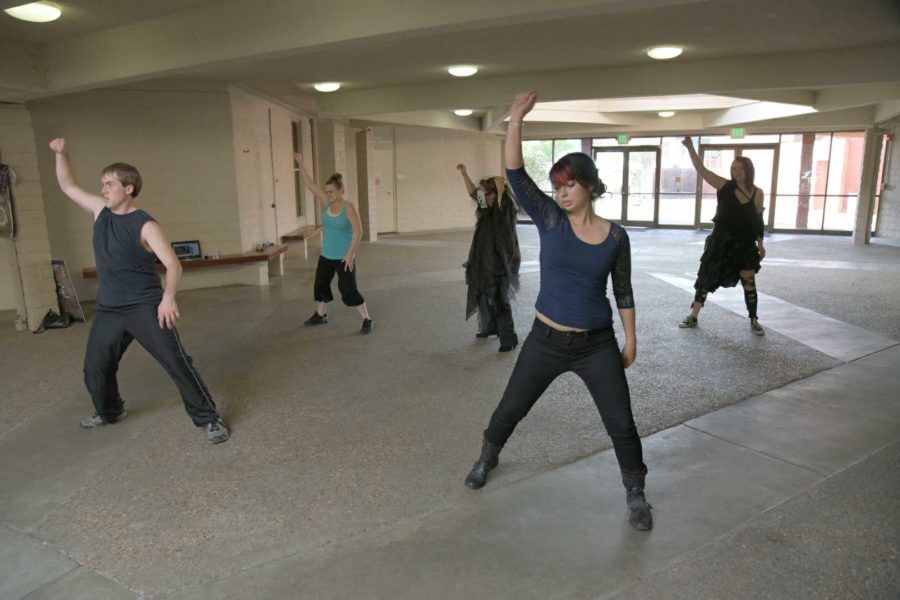 Under the moonlight, you see a sight that almost stops your heart. It’s a group of Santa Rosa Junior College students performing the “Thriller” dance on Halloween night.

Santa Rosa resident Laura Ross’s birthday is on Halloween, and she wanted to do something special this year. As a huge fan of dance, Ross thought back to iconic dances and found “Thriller” to be one of her favorites.

To celebrate her special day, she took a shot in the dark and enlisted the help of SRJC students to perform the dance for her birthday.

Medina responded to Ross’ idea, and quickly had a list of volunteers by the time the two met to plan the first rehearsal.

Medina initially had a substantial number of volunteers, very close to the 20-or-so dancers that Michael Jackson had in his original video.

“About four dancers showed up, out of about 19,” Ross said when she described the first rehearsal. But Ross continued to pursue the dance. “The following weekend I was able to come, and now we have a total of six dancers.”

Ross realized that while “Thriller” on Halloween itself was timely, weekly rehearsals in the fall were not.

“Unfortunately, this isn’t a paying performance, so everyone has graciously offered their time,” Ross said, giving a thankful nod to her volunteers.

Knowing that rehearsals were in the midst of midterms, Ross has done her best to accommodate the students by adjusting rehearsal times.

Melanie Green, 33, one of the student volunteers, has been an SRJC student for three years, and is currently working on two human services certificates with plans to transfer to Sonoma State University.

She has taken a number of dance classes at SRJC, including jazz and modern dance, and expressed interest in possibly getting a dance certificate as well. Green was with Medina and Ross when the two first met, and they asked her to choreograph.

“Initially, Debbe-Ann was going to try to help us do the choreography,” Ross said, “So she asked one of her students to kind of take the helm.”

The opportunity to choreograph the dance for the group, delighted Green, who also lead the first rehearsal in Ross’ absence.

“I absolutely love and always wanted to dance to ‘Thriller,’” Green said. “And this sounded super fun and awesome.”

Corrina Shannon, 28, another student volunteer, was quick to agree. “It sounded really fun. I haven’t gotten to really perform much,” she said. “It’s just something different. You get to meet new people, and it’s sort of outside-of-the-box.”

Shannon is currently working on her certificate in civil engineering while raising her son and daughter. She mentioned her history in dance, and how she enjoys having it as a part of her life, both as a refresher and a way to stay fit.

“I’ve been doing hip-hop with Debbe for a few years,” Shannon explained. “I’ve always liked to dance. It’s actually pretty much a passion of mine. Ever since I was little I’ve loved [dance]. For me, it was more of a workout thing. It’s a really good workout class.”

The group will be swinging their hips to the beat for Laura Ross’ birthday party at the Wells Fargo Center.