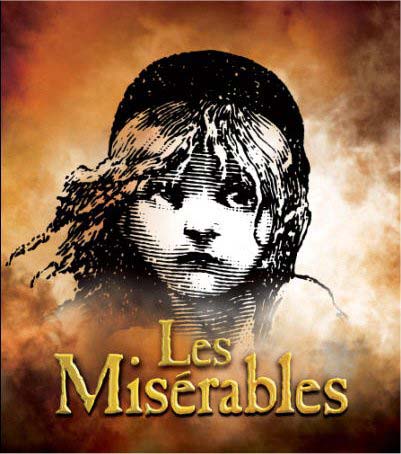 Frission: the tingling goose-bumps that run from scalp to tailbone when emotion is triggered by music or speech. If you saw “Les Misérables” at the Santa Rosa Junior College this semester then you’re familiar with the sensation.

The famous musical written by Alain Boublil and Claude-Michel Schonberg is a daunting task for any cast, but the recent SRJC production pulled it off with style. Excellent choreography, vocal work, set pieces and symphony brought this powerful masterpiece home at SRJC’s Burbank Auditorium. Only a few missteps mar the musical, but the powerful songs and engaging set steamroll any complaints.

Laura Downing-Lee directs the story of Jean Valjean’s redemption after unjust imprisonment in one of the most well-known Broadway musicals. It’s the songs of the ensemble, however, that are most memorable. Vocal Director Jody Benecke creates a stunning chorus and well-directed backup singers who carry the musical with precise harmonies. Their stage presence was significant enough to accurately imitate a small town, and choreographed masterfully to not be distracting.

The leads all performed admirably, with special mention to the leading ladies. Led by Christopher Hohmann, Anthony Guzman, Carmen Mitchell, Brittany Law, Jordan Levine, Amanda Pedersen, Trevor Sakai-Jolivette and Lani Bisch, the actors were talented and professional. Even the youngest of the cast, kids between the ages of nine and twelve, played their parts perfectly.

First impressions are important, and the set of the “Les Misérables” delivered a stunning impact from the beginning. Red and white drapes framed the sides of the set and provided a projector screen to indicate scene changes. Inside the drapes, multi-purpose entrance ways were used for entrances and exits. Appropriate French building fronts hung in the background.

The best parts of the set, were the revolving stairway/barricade and the walkway that circles the orchestra pit. The large wheeled set piece, used in most of the scenes, served as a staircase to an overlook, and on the other side as a makeshift barricade for young revolutionaries to die on. The walkway around the orchestra pit isolated characters perfectly. Congratulations to the scene, lighting, costume and makeup designers for their excellent teamwork.

A small, but complete orchestra complimented the cast’s every movement. On key and on beat, the professional orchestra was yet another pleasure, directed by Janis Dunson Wilson.

The actor playing Jean Valjean was apparently under the weather on a few performance nights and can be forgiven for a few slips, considering his fantastic acting and charisma. The most noticeable issues involved malfunction of the microphones strapped to every actor, issues that left some songs a little empty.

Nevertheless, the SRJC rendition of “Les Misérables” was professional and enjoyable. Any mistakes were immediately forgotten as the ensemble finished the final song to a standing ovation.