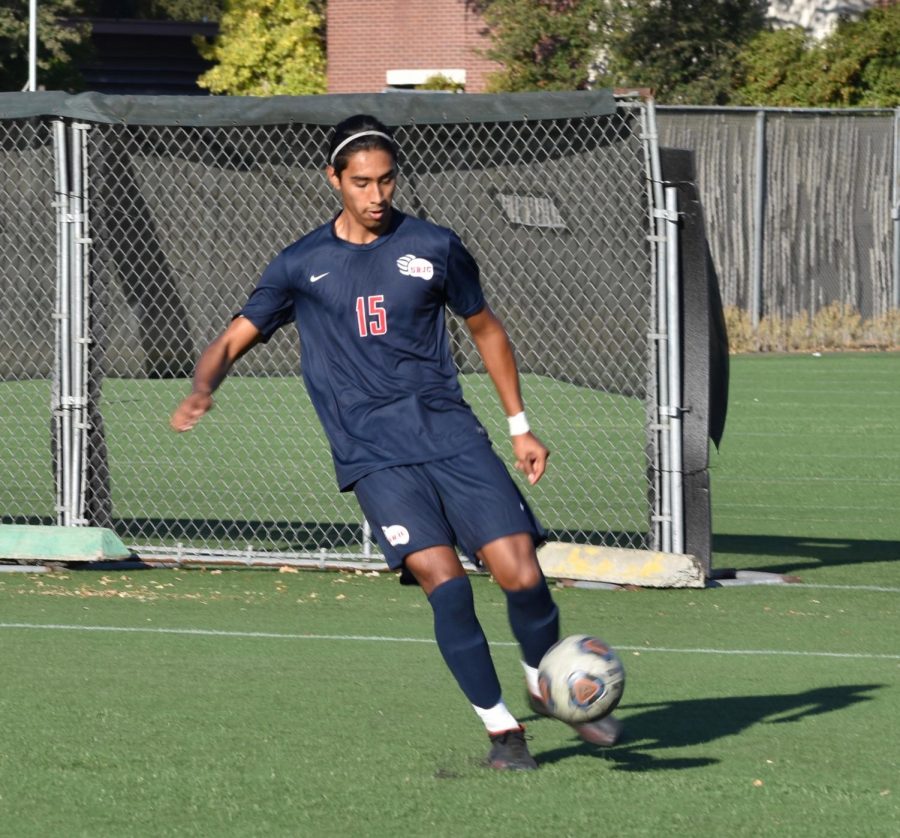 Bear Cubs defender Carlos Villanueva kicking the ball away from his own goal.

In the first half of play there was no score heading into halftime.

There was intensity from both teams with four Cosumnes River players receiving yellow cards and one Bear Cub receiving a yellow card.

Bear Cubs Head Coach Marty Kinahan told his team at halftime that they were getting outplayed.

“They [Cosumnes]were being more physical. We had to play harder,” Kinahan said.

In the second half the Bear Cubs scored three goals to close out the game.

Midfielder Alan Sanchez put the Bear Cubs on the scoreboard first in the 55thminute. Forward Alan Soto pushed the lead out more in the 58th minute. Midfielder Adrian Fontanelli helped seal the victory in the 62nd minute.

With two more games left until playoffs, Kinahan has no intentions of reducing minutes to his players.

“Those are two really tough opponents that we want to win and have momentum going into the playoffs,” Kinahan said.