Is caffeine the new water? 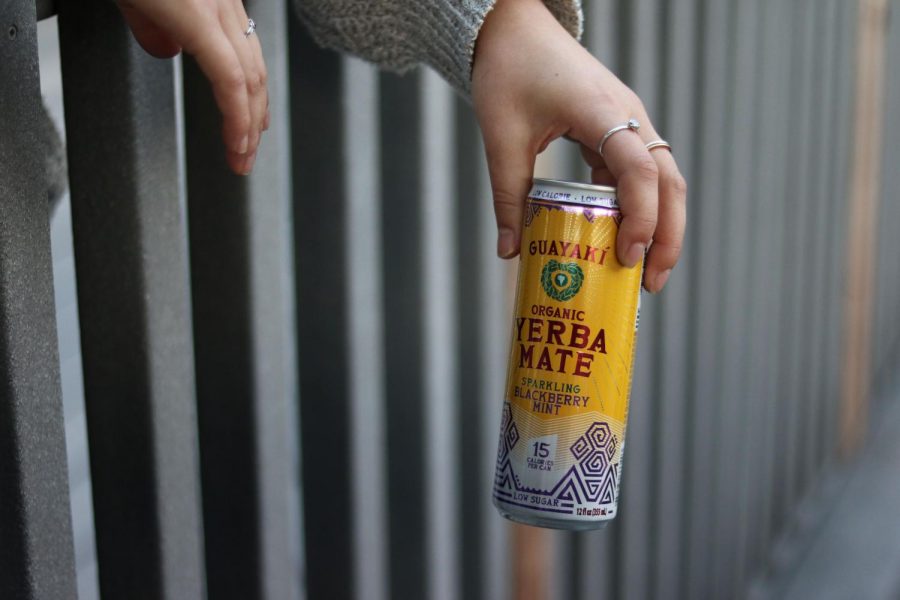 An SRJC student with a sparkling Guayaki relaxes along the fences of the Analy village on Jan 28.

These are only some of the things that students feel daily because of the flurry of homework and exams combined with having a social life, resulting in high stress and little sleep.

Fortunately, there’s a way to fix this. A way for students and hard-working individuals to make it through the day regardless of the five-hour night. One word. Two syllables. Caffeine.

According to a 2018 New York Times article, over 90 million adults in the United States consume caffeine in some form, whether that be coffee, tea, energy drinks, or prescription medications.

The Food and Drug Association recommends a maximum of 400 milligrams daily, which equals about two or three cups of coffee. With that being said, many people, students in particular, need three or four cups to keep their eyes open and their minds alert.

He works 35-40 hours a week in addition to the 15 units he’s taking this semester.

When asked if he drinks caffeine on a daily basis, he answered yes confidently, with no doubt in his mind.

“I drink yerba mates and coffee,” he said. “Like five yerbas a day.”

Does this number sound like a lot? Maybe. But is McMinimy the only one? Unfortunately not.

“It’s an expensive habit,” McMinimy said. “I think it shows the amount of overworked and under rested students who rely on caffeine to remain functional.”

The Harvard T.H. Chan School of Public Health website has published facts about coffee drinking habits in the U.S. which include data stating that 54% of Americans over 18 years old drink coffee every day. Overall, the U.S. spends $40 billion on coffee every year.

These numbers sound overwhelming, but let’s not forget about those who don’t drink caffeine at all.

She works 24 hours a week and is currently taking 12 credits. The reason she doesn’t drink caffeine isn’t because she is any less stressed or busy, but because she simply doesn’t feel the need.

“[Caffeine] doesn’t really have an effect on me, I mean usually I can go without it,” Kline said.

Occasionally, Kline will enjoy a caffeinated soda, but doesn’t feel like she is addicted to them.

Her opinion on caffeine addiction highlights the reality that many students face today.

“I think that students are definitely too reliant on caffeine,” Kline said. “I definitely think later on it’s going to prove to have dangerous effects on the body, especially those who are drinking more than one of that Guayaki stuff.”

Kline’s outlook on caffeine is accurate and proven by a specialist at Santa Rosa Junior College.

Jill Harrison, a nutrition and dietetic technology instructor at SRJC, shared her knowledge on caffeine and how it affects students’ bodies.

Research shows that similar to anything we do repeatedly, our bodies become more tolerant to what we put in it, which prompts us to do more of the thing, eventually leading to addiction.

“Studies are not clear [on how caffeine affects a developing brain] but caffeine can affect a teenager’s sleep patterns which are already challenging,” Harrison said. “If a teenager’s caffeine is coming from energy drinks, they could be taking in amounts over the safe limit and this could bring some short term and long term negative health effects.”

However, this doesn’t mean you have to miss out on the smoky notes of a French roast or a creamy latte.

Although Harrison found that the caffeine she drank interfered with her sleep schedule, she couldn’t just banish coffee from her life for good, so she made the switch to decaf.

“I love the taste of coffee and decaf is satisfying that need without keeping me up,” she said.